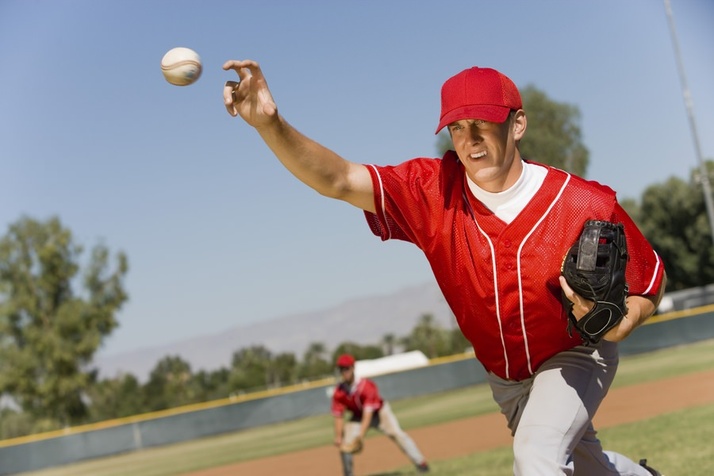 Furthermore, this article, written by a medical doctor, goes on to discuss how high-tech recording equipment, computerized interpretations and simulation of the physics involved with throwing can identify flaws in pitching mechanics that can cause undue stress on the UCL. The writer then goes on to state that by utilizing this biomechanical information and making the appropriate modifications to the pitchers delivery they may be able to reduce the chances of a young pitcher or ballplayer from injuring and ultimately tearing their UCL and needing Tommy John surgery.

From the SI article:

“Using a sophisticated computer program, however, Jarvis can precisely calculate a throwing shoulder’s internal and external rotation deficit, along with a host of other forces that stress a pitcher’s arm. After that analysis the scientists provide a summary of things the player did well and things that need improvement, as well as a prescription for how to fix those problems: altering the pitcher’s release point, say, or adjusting the arm angle up or down.”

The article also points out how these types of injuries are occurring in younger and younger pitchers and even in baseball players that do not even pitch! UCL tears were extremely rare 40 years ago when Dr Frank Jobe performed the first UCL repair on Tommy John, a left handed pitcher for the Los Angeles Dodgers. Tommy John pitched for 15 years and won 164 games after his groundbreaking surgery.

From the SI article:

“Orthopedic surgeons say they’re not only doing more ulnar collateral ligament ­repairs, but also performing them on younger and younger ­athletes. “I’ve been on staff at Boston’s Children’s Hospital since 1999,” says Dr. Kocher, a soft-spoken ex-basketball­ player, “and we’re unquestionably seeing more ulnar collateral ligament injuries today.” A decade or so ago Kocher performed between five and 10 Tommy Johns a year on patients under 18. Now that figure is around 25, and he has operated on players as young as 13”.

What is going on here?

Is there some connection between the development an epidemic of various chronic degenerative diseases and the increased incidence of owner collateral ligament tears necessitating Tommy John surgery?  The answer is a resounding YES!

Is there is a common denominator?

Thus far, every single discussion I have read or heard regarding the higher incidence of Tommy John surgery has talked about the stress on the ligament.

“Theories abound. Overuse, poor pitching mechanics, insufficient conditioning, year-round travel team schedules, pitching while fatigued, playing catcher when not pitching and early specialization in pitching at the expense of other positions or sports have all been identified as possible risk factors. It’s unclear precisely how much each contributes to ulnar collateral ligament injury.”

However, I have yet to hear any writer or so-called authority talk about a weakness of the ligaments causing the problem.  It is a fact that a ligament will tear if there's too much stress on the ligament compared to the strength of the ligament. The question then becomes, is there a common denominator between all of these chronic degenerative diseases and the increased incidence of ulnar collateral ligament tears?

Well here it is:

All of the high tech solutions being recommended in the mainstream to reduce the incidence of Tommy John surgery will be fruitless, if these young athletes continue to eat low saturated fat, low-cholesterol diets.

This is analogous to the fact that all the high-tech expensive pharmaceutically oriented solutions to our healthcare crisis or being instituted with total disregard for the facts and the science behind diet.  So are you a young athlete reading this? Or a middle-aged weekend warrior? Do you want to avoid weakening your connected tissue and eventually tearing your UCL?

I have a solution for you - eat plenty of saturated fat at each meal get adequate amounts of cholesterol in your diet and your connective tissue will be stronger. As a bonus you also reduce your chances of getting various chronic degenerative diseases like heart disease, diabetes, obesity, high blood pressure, and dementia.